I decided to make a video of this trip instead of taking a bunch of photos, therefore my written report is rather short. Having a few days off allowed us to take this trip up to Killarney Provincial Park, where we hiked across the frozen lakes and made our way up to the top of Silver Peak. We had originally planned for this trip to take 3 days, but we made great time and it ended up being a 2 day trip with beautiful weather. 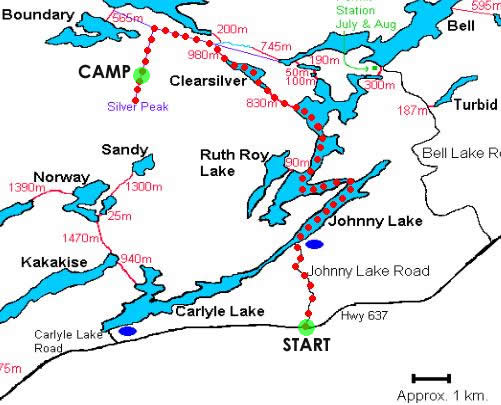 As always, in the winter we usually head up the night before and stay in a local hotel (Parry Sound this time) to save on driving time and give us a little extra sleep. Unfortunately, we decided to go out for a couple of beers and before we knew it, we only got about 4 hours of sleep…why do we always do that?!?!

Jason and I woke up at about 6:00am in the hotel. We rolled around for a bit questioning the logic to stay up so late the night before. We finally pulled ourselves out of bed and geared up for the trip. We still had about 2 hours of driving to get to the park.

An uneventful drive passed, permits were purchased, and we were on the trail by 12:45pm. That wasn’t really the early start we had hoped for! We parked at the end of Johnny Lake Road even though the snow didn’t look too bad. I drive a Suzuki Swift and it isn’t exactly made for offroading, so we played it safe and hiked the road. 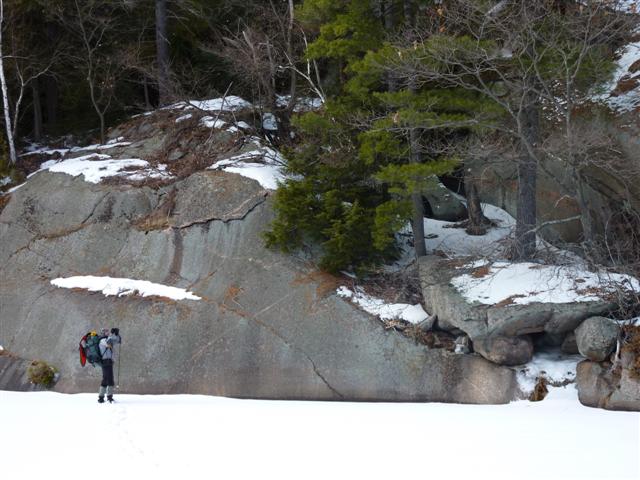 No longer than 45 minutes later we got to Johnny Lake and the real fun began. Time to start hiking the lakes. There really wasn’t much snow so we strapped our snowshoes to our backpacks and headed off on foot. We made great time and reached the base of Silver Peak in about 5 hours. It was time for a snack…yep, we brought Mcdonalds from the night before. Delicious!

It was 6pm by then and we thought about camping at the foot and waking up to hike to the top, but we then decided that we would hike to the top of Silver Peak tonight and camp up there. We didn’t make it right to the top as the sun went down and it was pitch dark. We found a relatively flat area about 3/4 of the way up and pitched camp.
It was an early night, we basically set up our tents, ate dinner, and melted snow for the next day. We were exhausted and were sleeping by 11pm.

I slept in until 10am. Jason was awake but I just needed to stay bundled up for the extra couple of hours. I guess the day before was harder on me than I thought! However, once I was up, we packed our bags and headed to the top of Silver Peak. We really were only about 30 minutes from the top. The weather was beautiful and we couldn’t ask for clearer skies. 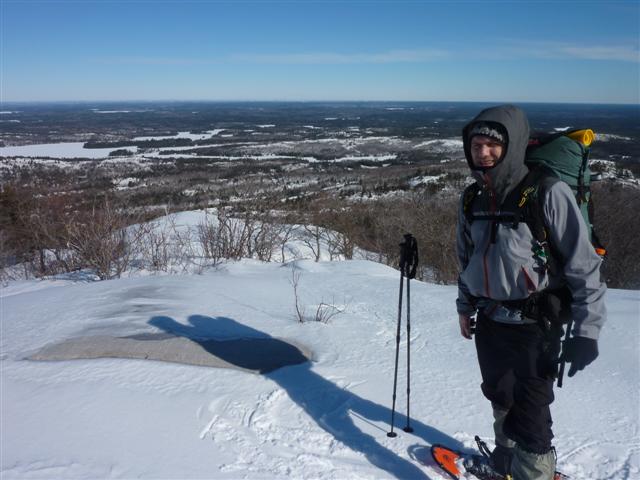 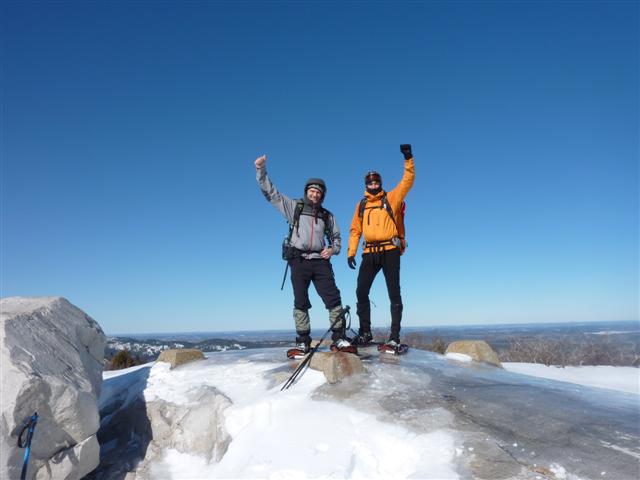 We snapped a few photos, ate some snacks and made our way back down. A few rest stops slowed our progress, but we were really moving. 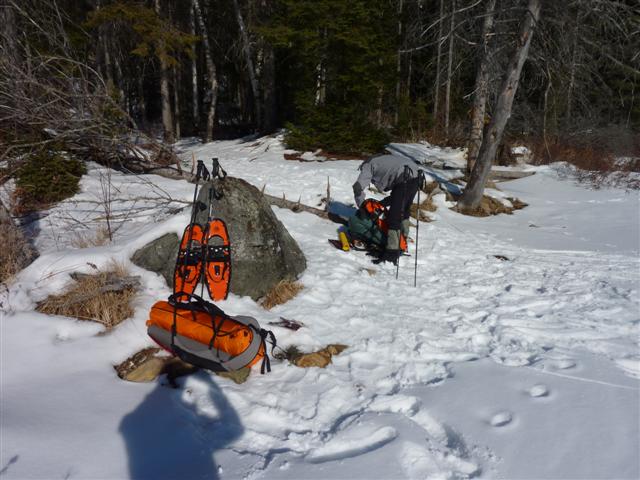 We figured we would just hike toward the car and if we made it there, great, and if not we would just stay another night. We made good time again and roughly 5 1/2 hours later we pulled up to the car. 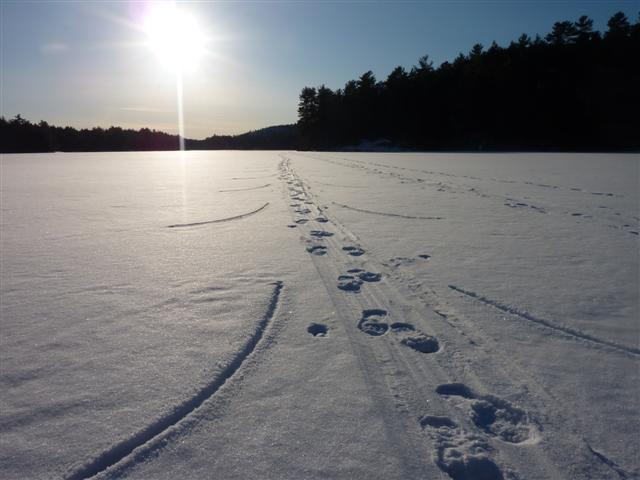 The thought of a warm car and a nice bed was too powerful to resist. We didn’t stay another night…it was home time for us! Another great trip!